The Eugene Family YMCA made the final land payment last week for the property on the southwest corner of Hilyard Street and 24th Avenue—the future home of the new Y.

The 5.42 acres of land were purchased from the 4J School District in four payments, totaling $2.85 million, over the course of the last six years. The property was once home to Roosevelt Middle School, which was rebuilt on the adjacent land in 2016.

While the land was owned by the 4J school district, the Eugene Family YMCA acknowledges that the land is located on Kalapuya Ilihi, the traditional Indigenous homeland of the Kalapuya people. Following treaties between 1851 to 1855, Kalapuya people were dispossessed of their Indigenous homeland by the U.S. Government and were forcibly removed to what are now the Grand Ronde and Siletz reservations. Today, descendants are primarily citizens of the Confederated Tribes of Grand Ronde and the Confederated Tribes of Siletz Indians, and they continue to make important contributions to their communities, to Oregon, and to the world. 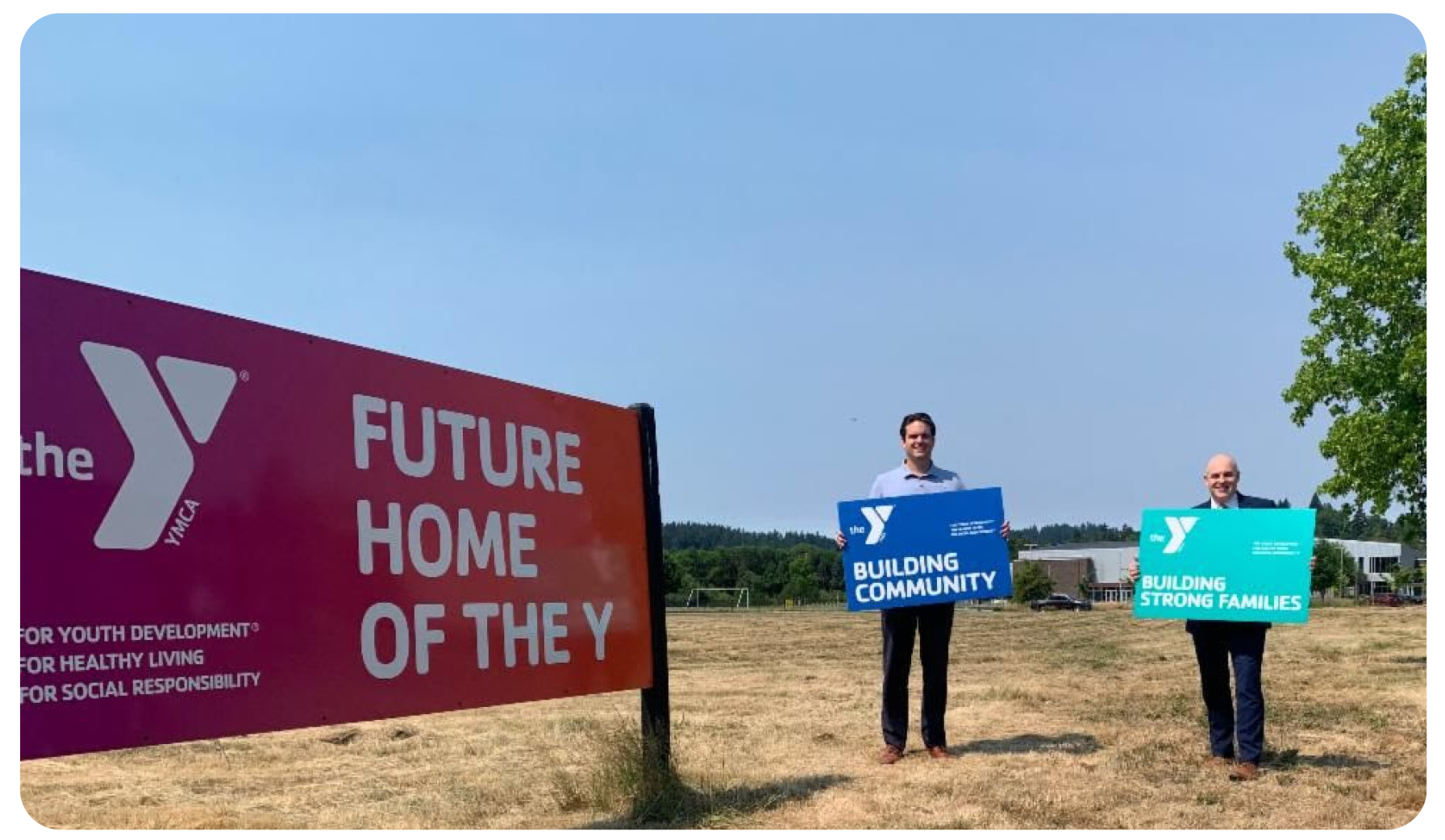 “We share this information out of humility and respect for this Indigenous homeland we are on, and for the Indigenous peoples who continue to live and thrive in what is now called the State of Oregon,” said Eugene Family YMCA CEO Brian Steffen. “Our Y is committed to learning more about how to honor the ongoing legacies of Indigenous peoples in this region as we work toward our mission of providing health, education and connectedness for all members of our community. The new Y will serve as a gathering place for tens of thousands of our communities’ members for generations to come as we strive to be a multicultural, anti-racist, welcoming and unifying organization.”

The purchase of the land signifies one of the last steps before groundbreaking, scheduled for July as long as the $5 million in fundraising during the community phase is complete.

“The location of the new Y was not finalized at the start of our Capital Campaign 8 years ago,” said Eugene Family YMCA Board President Joe Carmichael. “We explored several sites over the years. We are thrilled to finally close on an ideal location adjacent to a middle school that offers views of Spencer Butte, a central location on a bus line and access to city walking paths and facilities. The new flagship Y could not be constructed in a better location.”

The new Y is scheduled to open December 2023 and is designed to serve thousands more in the decades to come, as well as eliminate inefficient or unusable spaces. It will feature:

“Even though the new Y will be so much more than a place or a building, fully acquiring the land marks a significant achievement for our 135-year-old nonprofit,” said Chief Development Officer Danielle Uhlhorn, who also served as Board President for more than 6 years. “Our dream of significantly increasing our impact on the community’s health, wellness and youth development needs will soon be realized!”

Those who want to be a part of the Campaign for a New Y and haven't already made a contribution are invited to donate HERE.

The Eugene Family YMCA is one of the region's leading nonprofits strengthening communities through youth development, healthy living and social responsibility. Each year across Lane County, the Y engages more than 18,000 people regardless of age, gender, income or background—to nurture the potential of children, teens and seniors; improve health and well-being; and provide opportunities to give back and support neighbors. In 2020, the Eugene Family YMCA awarded $413,506 in financial assistance. The YMCA has been serving the Eugene-area since 1887.