In 1887, Eugene City thrived on lumber and agriculture jobs, the State University (later to be known as University of Oregon) was in its 11th year, and the city population was under 2,500. This was before paved roads and automobiles, electric lighting, and telephones. Life in Eugene was just beginning. 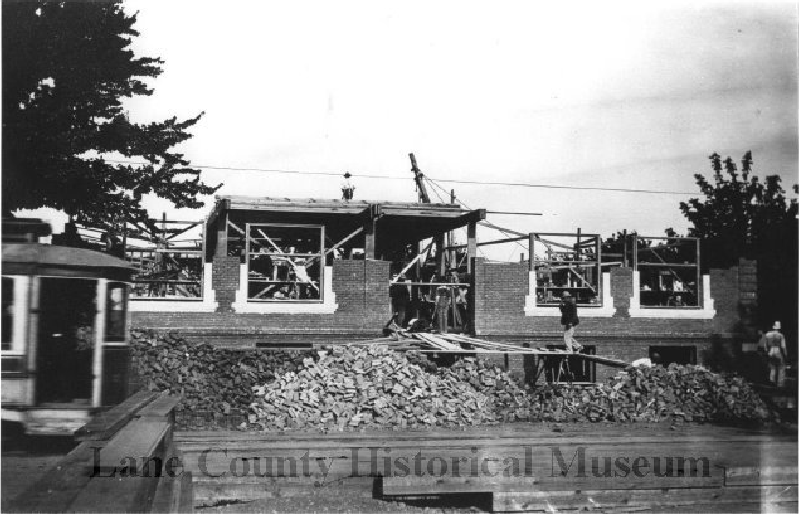 In 1909, the first YMCA building was erected at 1076 Willamette Street. This provided space for YMCA and YWCA student members to study and gather, while the community used it for Sunday school, grammar school and indoor baseball. In the upcoming years, the gym became the place for high school athletes to practice basketball, football and indoor track. 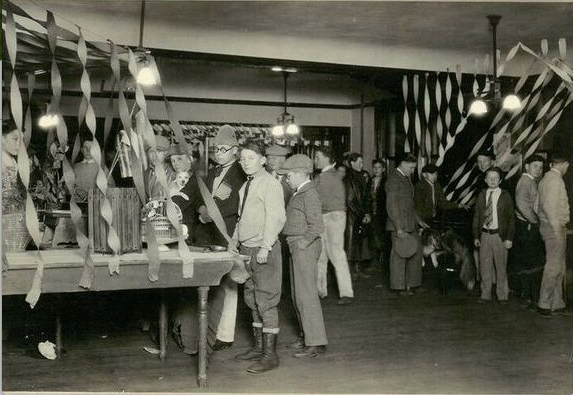 Post World War I, the YMCA sought to strengthen its relationship with campus life and university students. In 1918, the “Y Hut” was built on campus and became the place to be on a Friday night. Community members arrived excited for a free movie and vaudeville show every weekend. 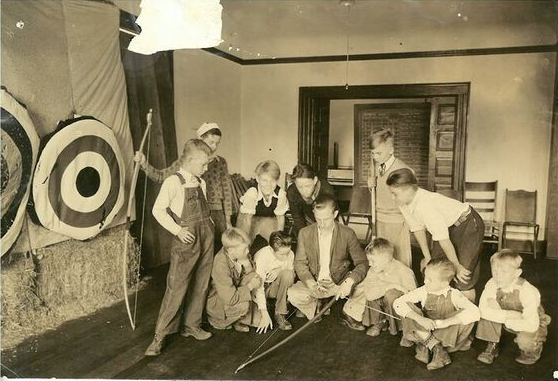 As the roaring twenties came to town, the YMCA added additional health services. They provided fitness classes for businessmen that grew from meeting twice to five times a week, and created the first local volleyball league. But the YMCA efforts did not stop there! The Y continued its community involvement through classes for public speaking, salesmanship and leadership, as well as Americanization classes so neighbors could earn their citizenship. In order to reach more youth, the YMCA created the “High Y”– focused on high school aged youth. The High Y acted as the after-school place for teenagers to gather and study. 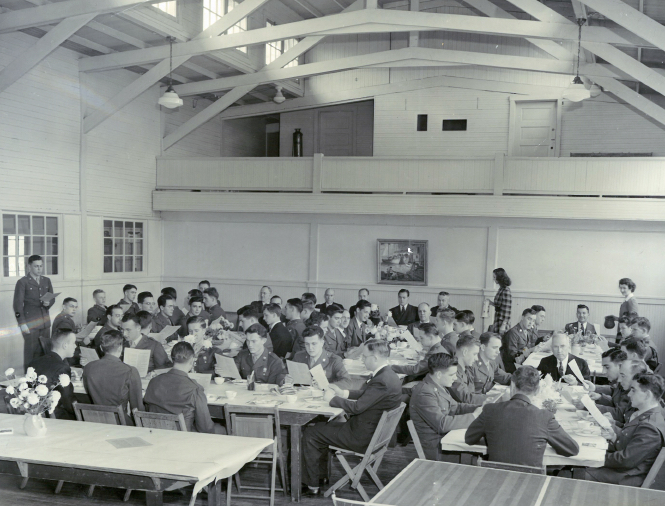 As the twenties came to an end, the troubling times of the stock market crash and Great Depression hit Lane County. Although the YMCA did everything it could to help the community through the harder times, the Board of Directors recognized the financial trouble the organization was in. With a heavy heart, on February 12, 1937, the board sold the Willamette Street Y building for $35,000, but immediately assembled a “Re-building Committee” to re-establish.

To hunker down during this time, the YMCA and the YWCA joined forces at the Y-Hut building on campus. When the United States entered World War II, the YMCA was there to support men, women and families during this troubling time.

After the war, the city of Eugene tripled in size and lumber became the dominant industry. Ladies met at the Y for tea parties as a way to welcome new military brides and connect with one another. Public demand for a teenage community center led to the creation of the “Teen Canteen” in 1946. The Canteen hosted 22 Saturday-Nighters over the course of 6 months with an average attendance of 421 teens!

In the meantime, Y President Roy Morse found space at the original 1076 Willamette building to accommodate the growing need for space, but this was merely a temporary fix. 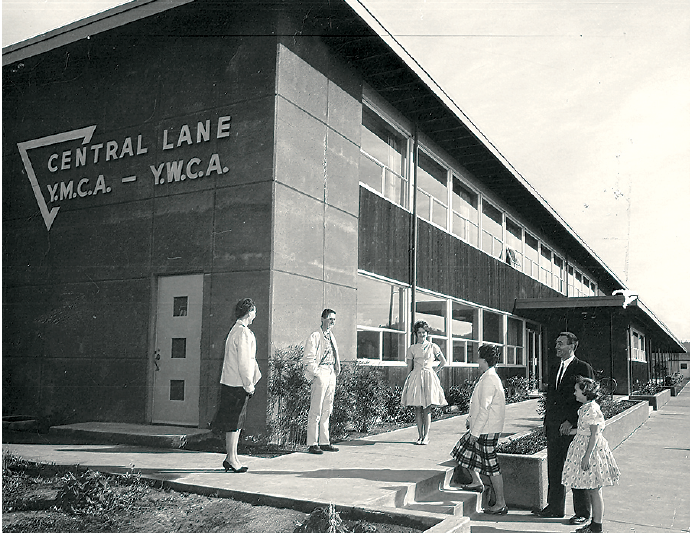 In November of 1955, University of Oregon President, O. Meredith Wilson, gave the address for the YMCA's opening Cornerstone Ceremony. The Y spent the next 3 years "moving into" its new facility. During the early 60's, Y leadership focused on race relations and "providing a place where discussion [could] be held."  There was a focus on channeling young peoples' energies into useful action. 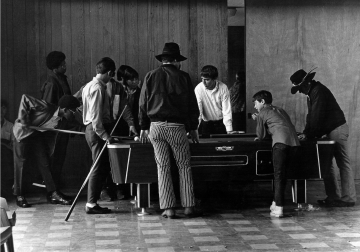 The Y focuses on developing cardio-vascular programming for men and women and family-oriented programming. Membership continues to grow. 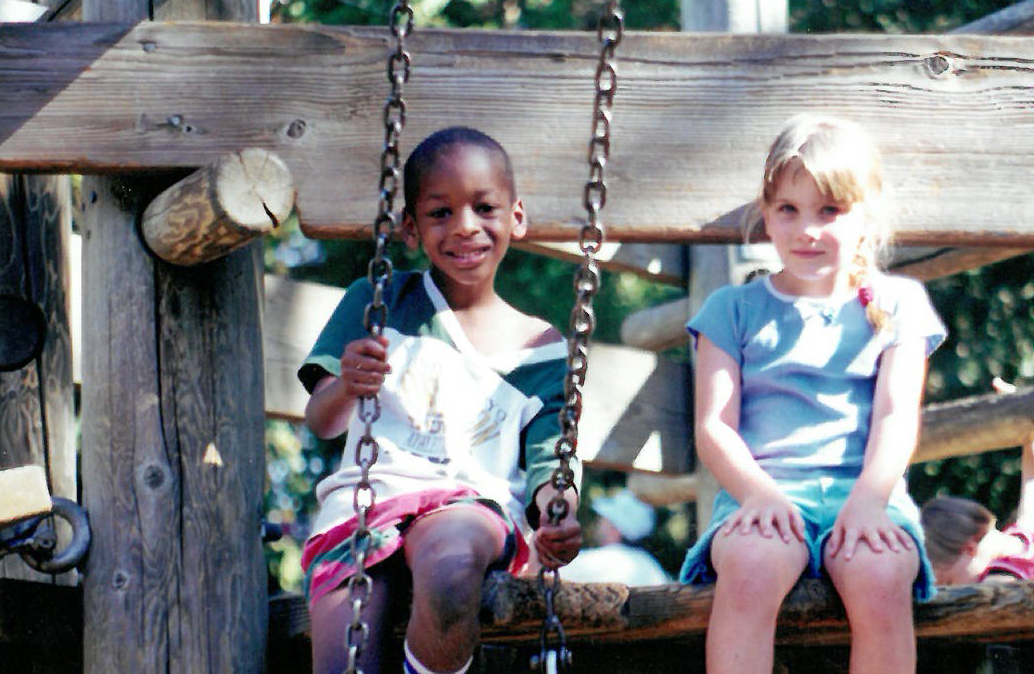 The Y's growth requires facility updates and volunteers rally to build a tennis center. The Y prioritizes childcare for working mothers by adding pre-school and develops programming for individuals ranging from one month to folks in their 90's. 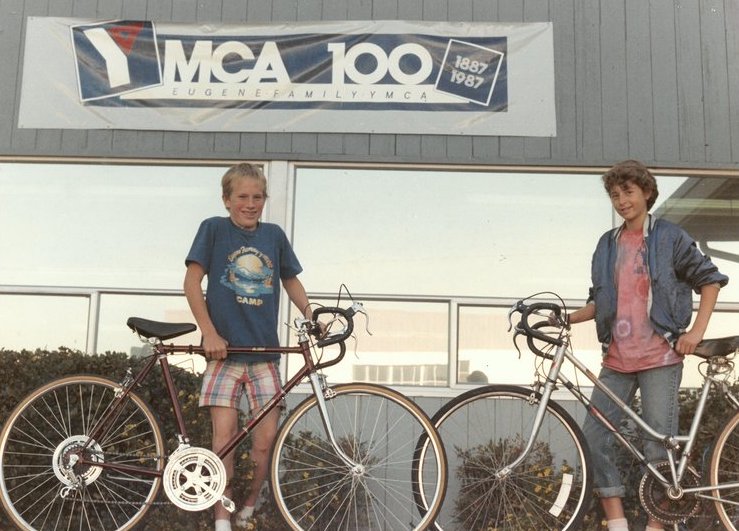 The Y continues to grow and add programs; we improve our gym layout and add equipment to better serve individuals in wheelchairs. The Y celebrates 100 years in Eugene. 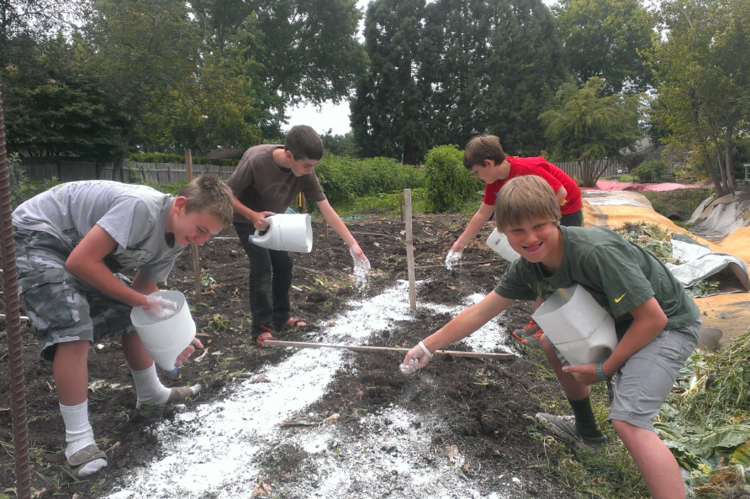 The Y begins offering after-school childcare options for elementary school children. Youth sports are introduced by the Y in Creswell and Pleasant Hill to address shortcomings in those communities. Talk of the need for a new facility begins. 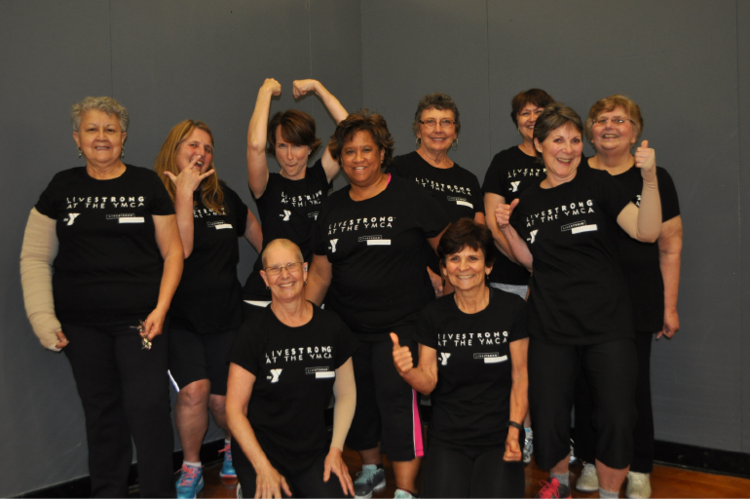 Membership and program participation reach over 18,000 Lane County residents annually. The Y adds chronic disease programming for Diabetes Prevention, arthritis and LIVESTRONG® at the YMCA for cancer survivors. The YMCA is the largest after-school childcare provider in Lane County.