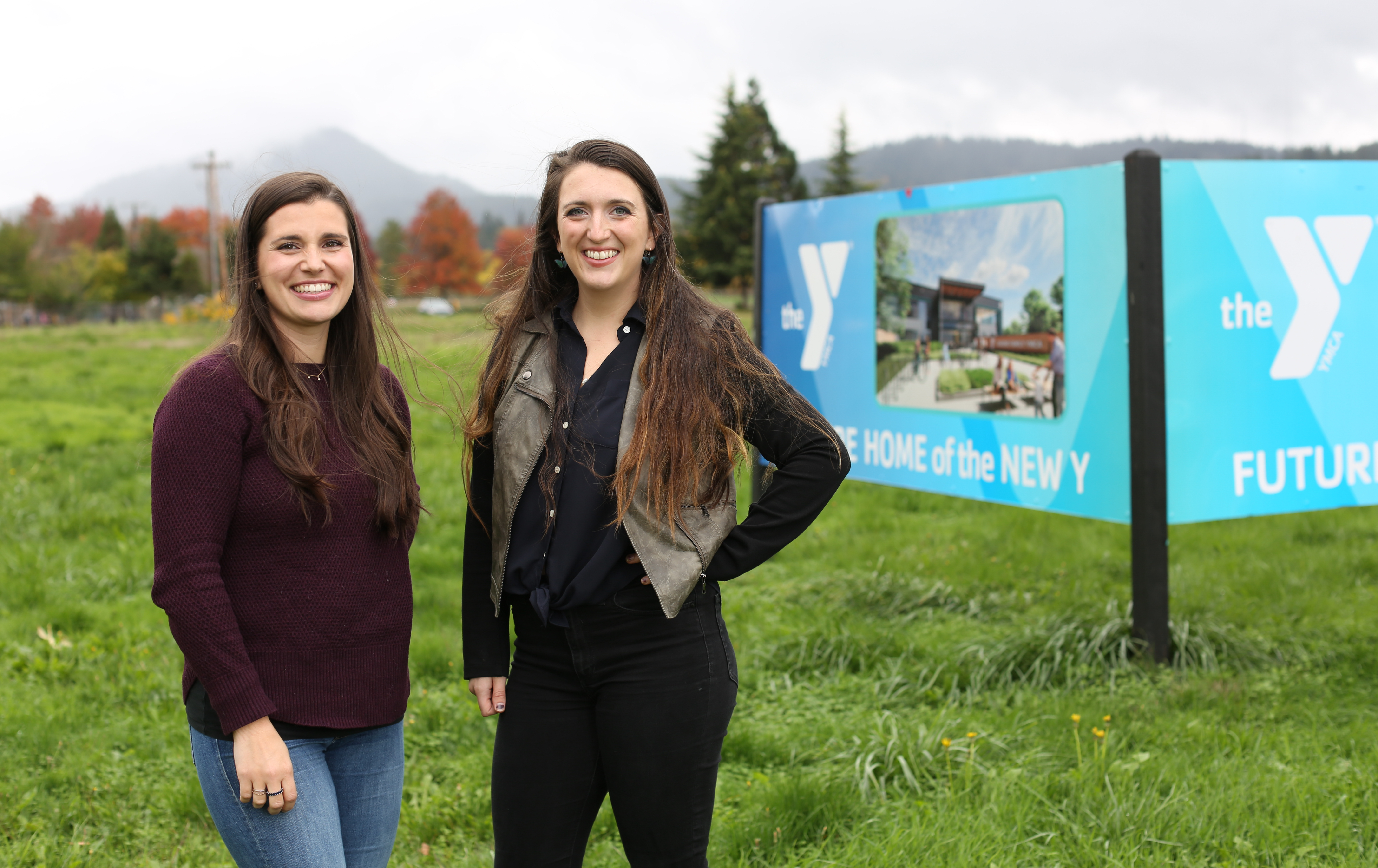 Eugene, Ore., November 15, 2021 - Local philanthropists extend a warm invitation to the community to take part in the THIS IS Y Campaign for a new Y facility, which is now $5 million away from its fundraising goal!

“This is the opportunity for everyone to participate in the realization of a much-needed community center that will serve hundreds of thousands of people of all ages each year,” said Kendra Goldberg, daughter of the late Scott Chambers, trustee of the Chambers Family Foundation and co-chair of the final fundraising effort. "We want our community to know that they have the chance to have a profound impact on the final push for the last dollars—this much-needed community center will be built because people recognize the importance of a thriving Y in their community."

Goldberg’s cousin Julia Stiltner, the daughter of the late Liz Chambers, is also a co-chair of the THIS IS Y Community Phase.

“We are in the last steps of a marathon project,” said Stiltner, third-generation trustee of the Chambers Family Foundation. “Passion, energy and dedication have gotten us this close. Now we need the involvement of thousands more to get to the finish line. This is the time for individuals to get involved if they haven’t already.”

To help inspire the final $5 million and formally launch the Community Phase of the campaign, the Y has received a $500,000 challenge donation. The gift was made by an anonymous family whose children received financial assistance to attend the Y’s child care programs.

“I don’t know what I would have done without the Y’s help—my family’s story could have been so different,” said the donor, who used the YMCA’s fitness and child care services during a financially difficult period and was able to complete a college degree due in large part to the support from the YMCA. “The Y has been a multi-faceted support system. It’s helped me grow as a parent and community member, and my kids have all benefited from the children’s programs—they are all civic-minded from growing up at the Y.”

Now, years later, this donor wants to extend the Y’s reach to other families that are in similar need.

“The new Y will help countless families who need a guiding light during a difficult time,” the donor said. “We are grateful to be able to contribute to such a meaningful expansion.” 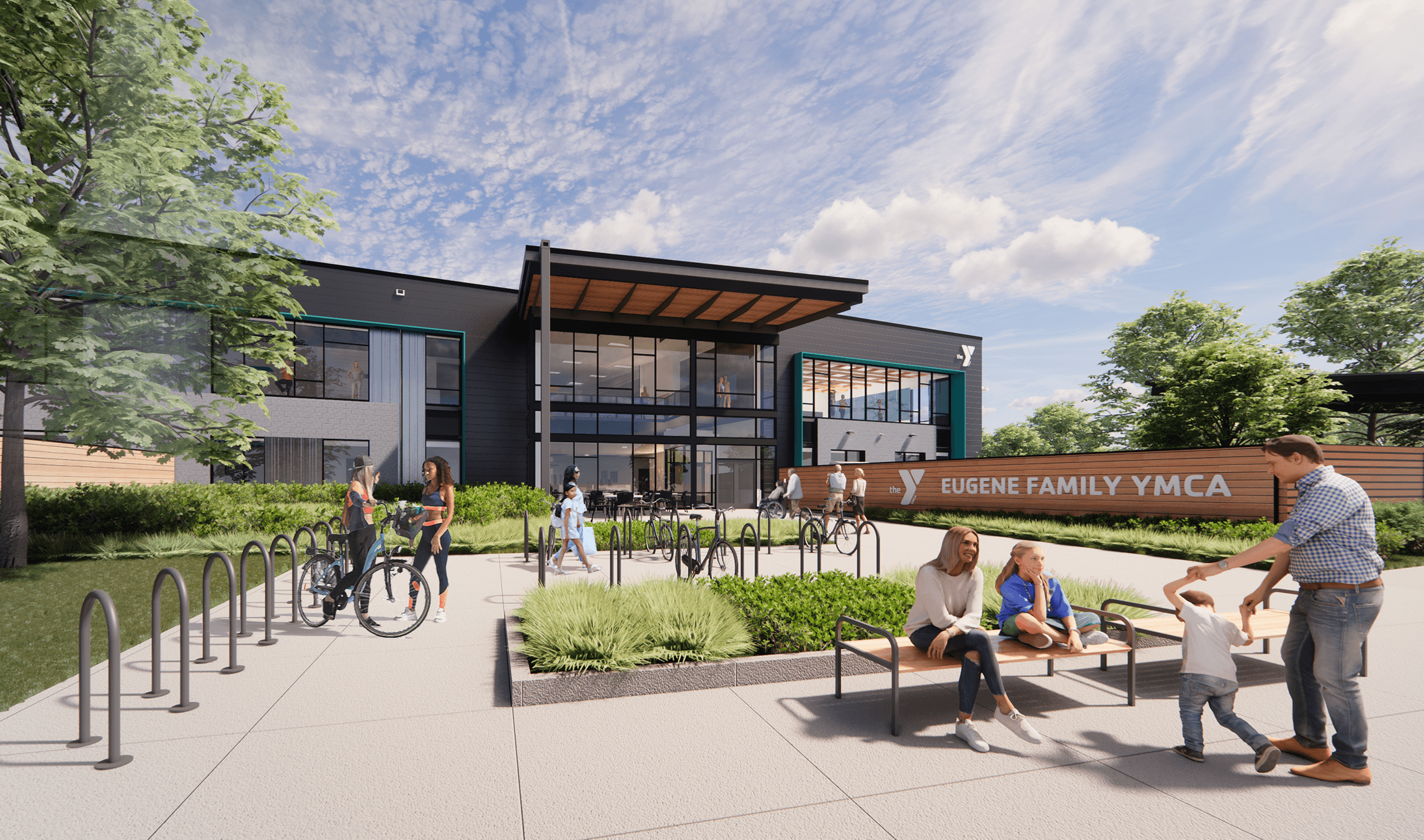 Danielle Uhlhorn, the YMCA’s Chief Development Officer expresses her gratitude for this generous opportunity. “Challenge donations such as this generate interest, inspire others, and are a great way for donors to have their gifts amplified,” she said.

“We are so fortunate to have such dedicated supporters infusing this project with energy even through a global crisis that taxed our daily operations,” said Eugene Family YMCA CEO Brian Steffen. “The building of a new YMCA in Lane County is a long-awaited dream for so many. This last push is like putting the final touches on a masterpiece. The community’s vision and commitment will be realized in a few months when fundraising is complete and groundbreaking begins.”

November 2 marked a significant milestone toward groundbreaking: the city finalized and approved the building permit for the New Y. Now, the Eugene Family YMCA is working toward a goal of breaking ground at the new facility location at 24th Avenue and Hilyard Street in July 2022. Construction is expected for 17 months, with an anticipated grand opening in December 2023.

“There is no better time to participate in our THIS IS Y Campaign than now,” said Chief Development Officer Danielle Uhlhorn. “Raising $5 million now is the final action needed in this herculean effort. We are confident we will quickly meet our goal because this community understands the Y’s impact on youth development, health and wellness, and responsiveness during a crisis.”

The Eugene Family YMCA is one of the region's leading nonprofits strengthening communities through youth development, healthy living and social responsibility. Each year across Lane County, the Y engages more than 18,000 people regardless of age, gender, income or background—to nurture the potential of children, teens and seniors; improve health and well-being; and provide opportunities to give back and support neighbors. In 2020, the Eugene Family YMCA awarded $413,506 in financial assistance. The YMCA has been serving the Eugene area since 1887. 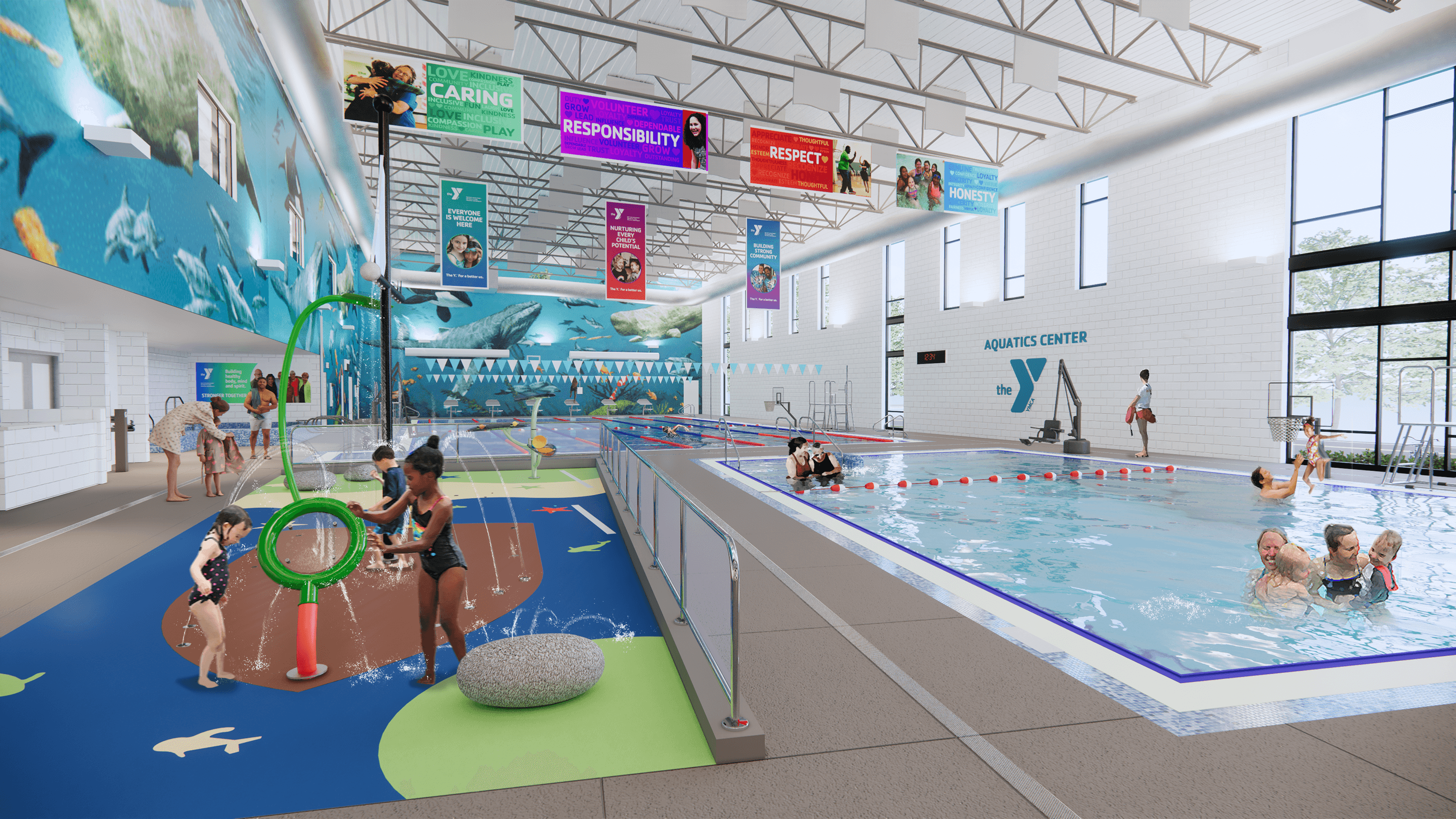 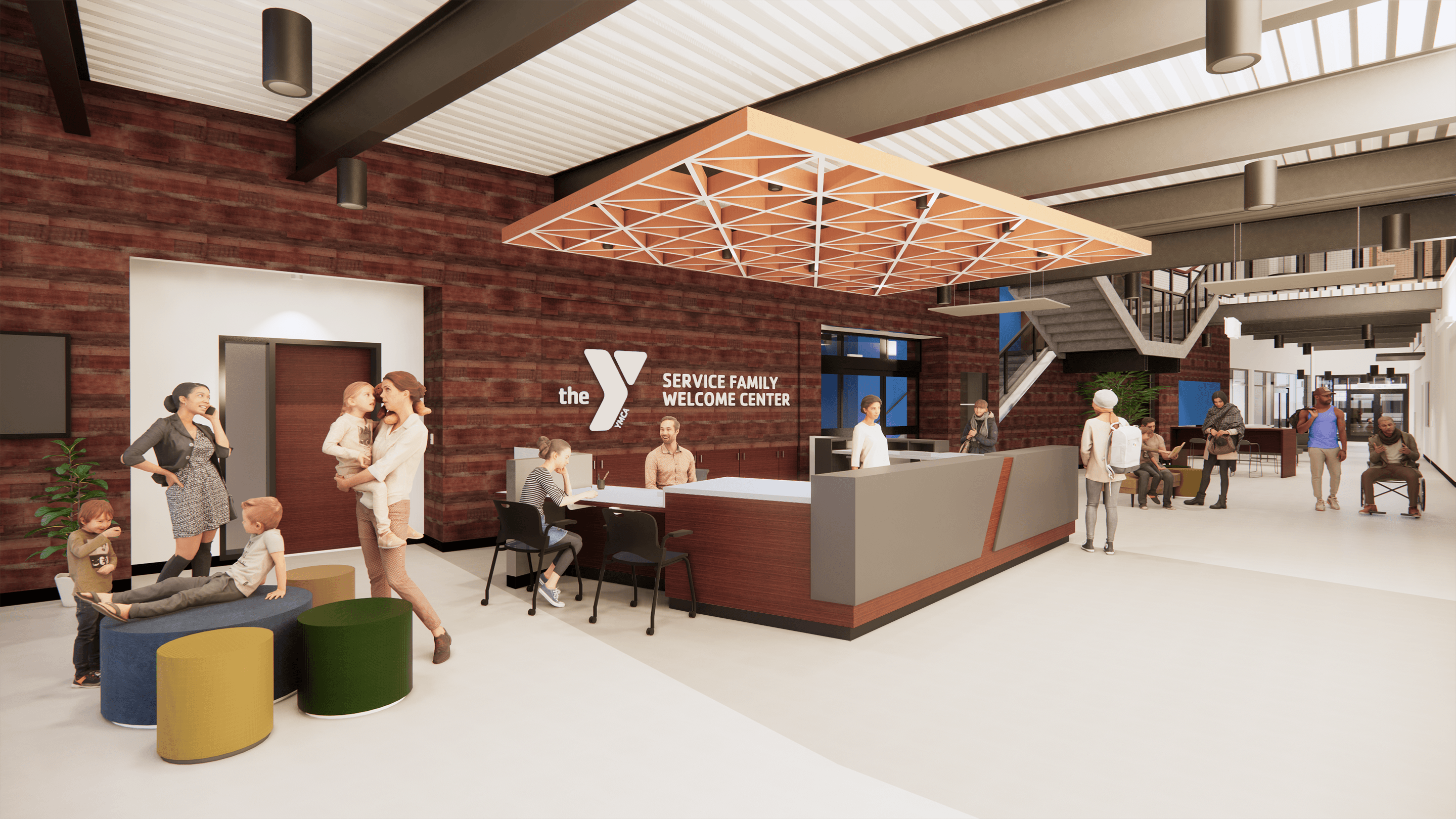 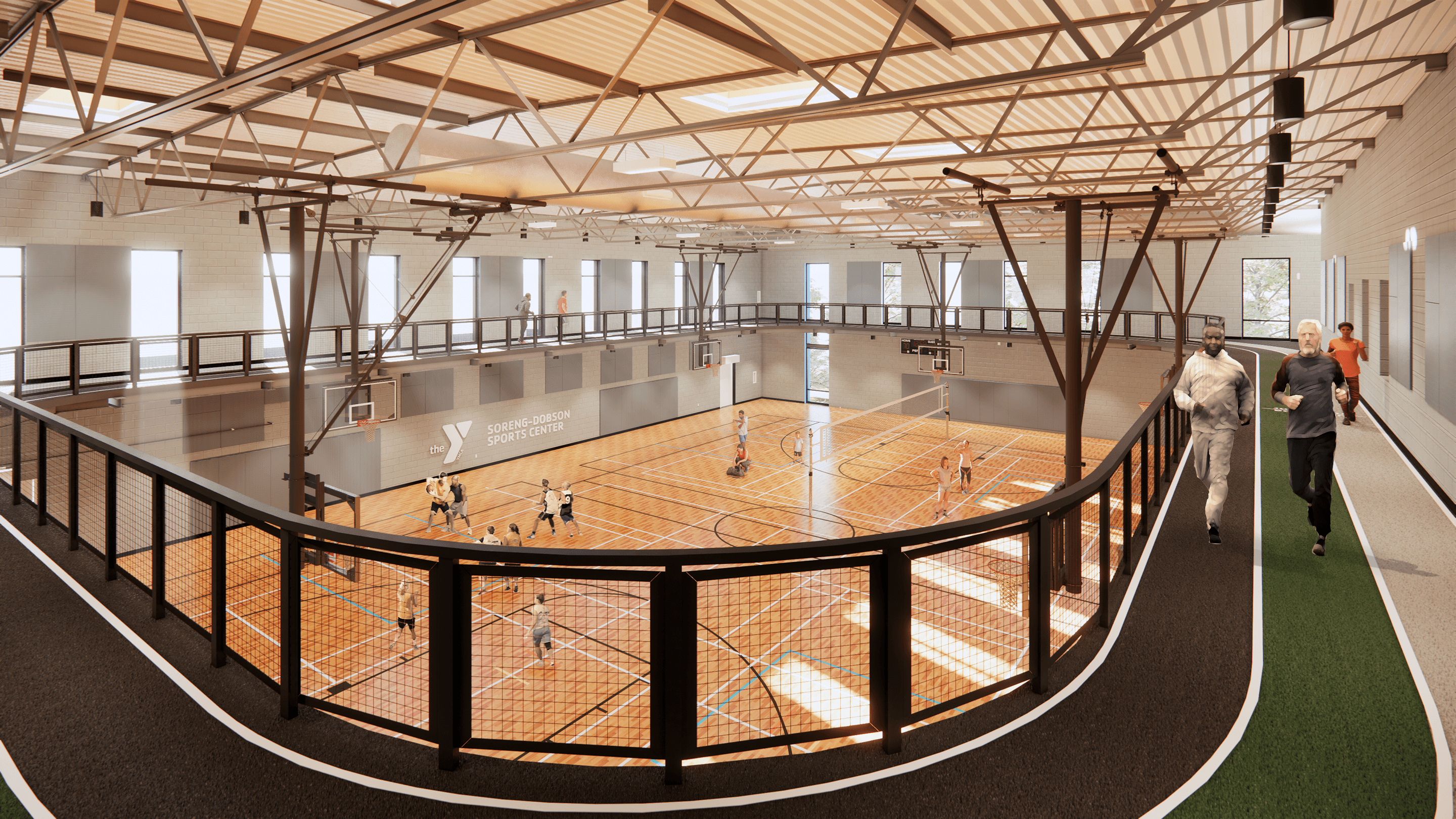